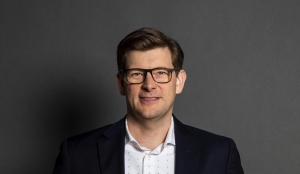 A small recap: what is a patent box?

A patent or innovation box is a type of tax incentive in the form of an exemption, deduction or reduced corporate income tax rate for certain income arising from the exploitation of IP. In most countries, the IP was limited to patents (hence, the “patent box”), but some countries also accepted a much broader range of IP protection (e.g. trademarks, plant variety rights, models and designs, …). Although patent boxes are general in nature and mandatorily applicable to all sorts of businesses and sectors, the rules have been very much driven (and often written) by the pharmaceutical industry.

For example, if a pharmaceutical company sells drugs the active compound of which is protected by one (or more) patent(s) (e.g. for 100), then a certain percentage of the price of these drugs (say 25%) can be considered as a remuneration for that (or those) patent(s). That 25% could then be exempt in whole or in part, depending on the applicable patent box rules.

Where did it go wrong?

As it currently stands about half of EU member states have implemented some sort of patent box regime.  Each member state implements its rules with its own characteristics in terms of qualifying rights (patents and/or other IP), qualifying revenues (e.g. royalty, capital gains, or damages), computation method, anti-abuse rules, etc. The concept is also growing outside the EU, where countries like India, Australia, USA or China are thinking of implementing a similar regime or have already done so.

Within the European framework of Europe 2020, the Commission supported any measure (including tax measures) that would allow Europe to become a world leader in innovation. However, some member states (including Germany most importantly) complained that the patent box regimes all too easily permitted the shifting of profits to member states having implemented such a regime, without real substance behind this profit shifting. This was picked up by the OECD in the context of its BEPS (Base Erosion & Profit Shifting) Project. This project aimed to help governments close the gaps in existing international rules that allow corporate profits to « disappear » or be artificially shifted to low/no tax environments, where little or no economic activity takes place. The OECD released 15 reports at the end of 2015, one of which addressed the patent box regimes as a potentially harmful tax practice. In order not be considered a harmful tax practice, the patent box rules must meet specific criteria and limits.

So what will change?

The Ministers of Finance agreed to implement the new rules by mid-2016,. The new rules are intended to create boundaries to the jurisdictional scope of a member state's patent box rules in contrast to those provided for under the previous regime. It should be noted that not all countries are seeking the outer limits with their patent box rules, and thus each company should clearly look into the applicable rules in its jurisdiction.

The boundaries set out by the OECD can be categorised under several headings, including:

The deduction or exemption is now based on a net computation. Hence, it can only be applied to the revenue remaining after deduction of the yearly R&D expenditure in which these revenues have been received. This means that the deduction can no longer be computed on the gross revenue, as was for instance the case in Belgium, Portugal and Hungary.

Although not clearly stated in the BEPS report, some member states also require that the 'historic' R&D expenditures must be recouped before the first euro can benefit from the patent box deduction (e.g. in Belgium and the Netherlands).

By far the most “intrusive” rule for all patent box regimes is the inclusion of a nexus formula to ensure that the company benefiting from the tax advantage is undertaking (a significant proportion of) actual R&D activities.

Put more mathematically: the eligible income will be multiplied by the company’s own R&D expenditure (including expenses for activities outsourced to unrelated parties, whether or not they were within the jurisdiction) and divided by the overall R&D expenditure (which will typically include expenses for activities outsourced to related parties and the acquisition cost of IP assets).

In order to ensure that the nexus approach does not penalise taxpayers excessively for acquiring IP or outsourcing R&D activities to related parties, the formula provides for an up-lift of up to 30% of the qualifying expenditure (without exceeding the overall expenditures). The up-lift still ensures that taxpayers only receive benefits if they themselves undertook R&D activities, but it acknowledges that taxpayers that acquired IP or outsourced a portion of the R&D to a related party may themselves still be responsible for much of the value creation that contributed to IP income.

In order to be able to apply this nexus formula from a technical perspective, entrepreneurs will also be obliged to do a strict follow-up of R&D expenditure demonstrating the link to the revenue of the afore-mentioned IP rights (or possibly a group of closely linked rights covering the same product or product family). The new deduction will therefore require a much more burdensome administrative follow-up.

Will all of this have immediate effect?

The OECD Member countries agreed to amend their legislation by 30 June 2016.

As it goes with 'soft' unenforceable deadlines, however, today some countries are still in default of their political engagement, either because the 'old' regime remained unchanged (e.g. in France) or – even though the old rules were abolished – the new ones are still in the process of enactment (e.g. in Belgium and Luxembourg).

However, if and when the new rules have been fully adopted, these will have effect from 1 July 2016 as regards to qualifying income as of that date.

But even though the 'old' patent box rules have been abolished, companies may still benefit from these old rules until 30 June 2021 under certain conditions and in relation to patents that existed, were acquired or had been applied for before 1 July 2016 (the so-called “grandfathering”).

To the extent that companies have a choice between the old transitional rules or the new ones, such a choice will be irreversible.

Because of the grandfathering rule, there might, under certain circumstances, be a strategic choice between the 'old' regime and the new one. In addition, in view of applying the new regime, it is of utmost importance to start collecting the necessary historic data related to the R&D expenses, since the new regime is proposed to be applicable retroactively.

How can we help?

Bird & Bird can assist in making a strategic choice between the 'old' patent box or the 'new' patent box. We offer targeted audit and "to the point" action lists to be compliant with the enhanced compliance requirements.