The Spanish Parliament encourages the Government to ratify the UPC 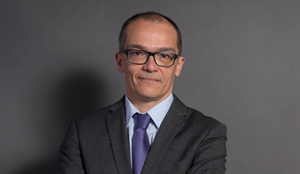 On the 7th of March a non-legislative motion was approved by the Economy, Industry and Competitiveness Commission of the Congress of the Deputies of the Spanish Parliament (the first Chamber) by which the Congress requests the Government to undertake all actions needed for the adhesion of Spain to the enhanced cooperation mechanism between Member States of the European Union for the creation of unitary patent protection and the signature of the UPC Agreement. In addition, the Congress urges the Government to negotiate the movement of the Central Division from London to Spain and to defend Spanish as a scientific and technological language (although the former is not a very realistic proposal, since the UK is to ratify the UPC Agreement and the UPC is expected to open on 1 December 2017, which will include the London section of the Central Division).

This is an important step as it shows a change of trend in the current position defended by the majority of the Spanish political parties. It is a solemn declaration by which all parties, except the Government's one, the Popular Party, show their will to join the UPC. This is good news as it departs from the anomalous situation where Spain excluded itself from the unitary patent.

However, one should not magnify the decision: it was a decision of a Commission and not adopted in a plenary session of the Parliament and it has no legislative or binding effect. It amounts to an encouragement or request to the Government, which is the one that should take the necessary steps to participate in the enhanced cooperation mechanism. The signature of any international agreement in which constitutional powers are vested on an international organization requires the cooperation of the Government and the Parliament (Article 93 of the Spanish Constitution). In addition, according to Article 134(6) of the Spanish Constitution any non-governmental bill or amendment which involves an increase in credits or a decrease in budget revenue shall require previous approval by the Government before its passage. This Article was not applicable here, as the motion was a non-legislative motion (proposición no de ley), but it could be invoked by the Government if a non-governmental bill (proposición de ley) is proposed.

The current Spanish Parliament is clearly pro-UPC. All parties except the Popular Party have supported the initiative, presented by the Socialist MP, Ms. Patricia Blanquer. This grass-root consensus is very uncommon in Spain. It shows also that the Government and the Popular Party are in a weak position: the Popular Party has just 135 seats out of 350 in the Congress and it is currently having some feuds with its only ally, Ciudadanos. In fact the Government depends on the abstention of the Socialist party and the support of Ciudadanos in all major decisions.

Leaving the complex Spanish political landscape aside, this news has jumped into the general newspapers and digital media. It has also caused a lot of expectation in the legal profession, lawyers and judges, patent agents and in other Government bodies, such as the Spanish Patent Office. For the first time in years there is a real opportunity that Spain will participate in the UPC and contribute with the other Member States to a better patent system in the European Union.