France enacts a decree on C.O.O.L. labelling for meat and dairy products 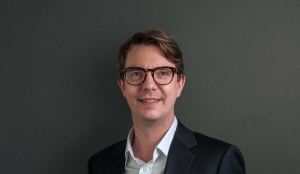 As of 1 January 2017, new rules on the indication of origin for certain food products will apply in France, by virtue of a Decree of 19 August 2016 (hereafter referred to as the "Decree"). The Decree concerns the indication of origin of milk, milk as an ingredient in a range of prepacked food products detailed in the Decree, and meat products used as an ingredient in prepacked food products. In respect of meat, the Decree essentially constitutes an extension to transformed food products of the scope of the rules on origin labelling that are already in place for unprocessed bovine, porcine, caprine and ovine meat, as well as poultry.

The mention of the origin will have to appear either in the list of ingredients, right after the name of the concerned ingredient, or in a note below the list of ingredients. The Decree defines the level of detail of the information that needs to be provided. In a nutshell, the aim of the rule is to provide information as to (i) the country where the milk was collected, and of the country where the milk was processed or transformed and (ii) in respect of meat, the country of birth of the animal, the country of breeding and the country of slaughter. Simplified indications are allowed under the Decree where several operations are performed in a same country or within the EU.

Under the French provisions, the C.O.O.L. requirements form an additional mandatory particular that must appear on the packaging of the products that fall under the scope of application of the Decree. In practice, in light of the latest case law of the European Court of Justice (Judgment of 22 September 2016 in Case C-113/15, Breitsamer und Ulrich GmbH & Co. KG v Landeshauptstadt München), this means that the new rules will notably affect, e.g. individual cheese or pâté portions sold as part of pre-prepared meals sold for a fixed price.

Organic products and products covered by a protected designation of origin are exempted from the C.O.O.L. requirements, as the rules applicable to those products already entail strict requirements in respect of the origin of the ingredients that compose such products. The exemption does not, in principle, extend to products with Protected Geographical Indication (PGI). However, the French administration has clarified that in cases where a product that is covered by a PGI that includes origin requirements, then such product can also be exempted from the rules provided for under the Decree. This will however need to be examined and justified on a case-by-case basis.

The new rules are put in place for a test period of 2 years, that will thus expire at the end of the year 2018.

The enactment of specific national measures in respect of country of origin labeling is expressly provided for under Article 39(2) of the FIC Regulation, and the scheme put in place by France is thus founded on a valid legal basis. However, concerns have been expressed that this type of national initiatives might jeopardize the functioning of the single market. What can be stated is that the existence of such national initiatives results from the current absence of a consensus among all Member States on the issue, despite a certain interest of consumers in obtaining more information on the origin of the products they consume.

The new requirements will be evaluated both during and at the end of the trial period, and might pave the way for harmonized rules, taking into account the experience that will have been gathered in the other EU countries that have recently enacted more or less similar C.O.O.L. provisions, among which Italy.