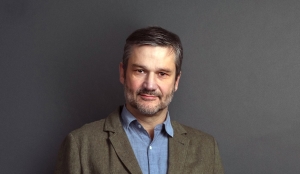 While there has been a proliferation of mobile health (‘mHealth’) apps on the marketplace, concerns have grown that users and healthcare organisations are unable to access evidence of the quality and reliability of these apps. Back in February of this year the European Commission began to address this problem by putting together a working group tasked with developing mHealth assessment guidelines, to assist in increasing the safety, quality and reliability of mHealth apps. The second draft of these guidelines was published in May 2016. Marc Martens and Maria-Paz Martens of Bird & Bird, Belgium, discuss the aim and content of the draft assessment guidelines.

The large number of lifestyle and wellbeing apps available on the European market with no clear evidence in relation to their quality and reliability has raised concerns about the ability of consumers to assess their usefulness. In addition, taking into account that the quality of data is essential to link apps to electronic health records and for effective uptake in clinical practice, some further assurances as to the quality of the app were needed.

The mHealth assessment guidelines are foreseen to be drafted in four iterations, with each followed by further stakeholder engagement. The second iteration, the version which forms the subject of this article (hereafter ‘second draft’) and which was published at the end of May 2016, refined the content of the first draft, which was presented at an open stakeholder meeting at the beginning of May (hereafter ‘first draft’)1.

The last iteration of the guidelines is set to be produced at the end of December 2016. The feedback is to be included in the final report, which is expected on 25 January 2017.

As the framework stands now, there is no EU-wide guidance below the so-called ‘medical device level’ for mHealth apps, other than general consumer protection requirements as provided under the Consumer Rights Directive4, Ecommerce Directive5 and Unfair Commercial Practices Directive6.

While the CE certification process for medical devices provided within the EU medical devices legislation addresses the reliability and validity of health apps, no such guidance is provided for apps that are not covered by the medical devices definition, creating legal uncertainty for such apps.

Currently, for the purpose of delineating between apps that qualify as medical devices and apps that do not, the MEDDEV 2.1/6 Guidelines7 provide some guidance for developers. These Guidelines were updated this July 2016 after a process of consultation between the various interested parties, namely, competent authorities, commission services, industry and notified bodies in the medical device sector. The revision had as its aim the clarification of the definitions in relation to standalone software medical devices used in healthcare, and the alignment of the previous guidance with the work carried out in the context of the International Medical Devices Regulatory Forum (‘IMDRF’).

Notably, the criteria specified in the MEDDEV 2.1/6 Guidelines are now expressly said to be applicable to mobile applications and introduced the term ‘software as a medical device,’ which is defined as software intended to be used for one or more medical purposes that perform these purposes without being part of a hardware medical device8. Moreover, these updated.

The second draft recognised that in this regard there is a need to deal with the so-called grey zone as the distinction between what falls within and outside the definition of a medical device is not always clear.

Scope of the second draft guidelines

The second draft further delineates the scope of the guidelines on mHealth apps, proposing a supplementary voluntary guidance for apps in health and social care. The current proposed scope is broad, covering all mHealth apps that are not medical devices, as well as so-called grey zone apps which just fall below the lowest category of medical devices, namely Class 1. The idea would be that for the latter, the mHealth assessment guidelines could propose some additional voluntary assessment criteria in addition to the existing EU legislation on medical devices.

Off-label uses of apps, i.e. apps being used in a health or social care context for which they were not originally intended, remain out of scope.

As to the target groups of the mHealth assessment guidelines, the second draft broadened the initial target group considered to likely benefit from using the guidelines currently under development, to include app aggregators (app stores, app certifiers, etc.), in addition to citizens, mHealth developers, healthcare professionals, and healthcare systems (including hospitals, public authorities and health insurance providers). At this stage the list of those included within the target group is not meant to be exhaustive.

Expectations of the guidelines

The working group recognised that these expectations need to be further analysed, and that it needs to develop practical recommendations on how these guidelines can best be used in practice by app developers. These more practical insights are expected to be reflected in the next version of the mHealth assessment guidelines.

For the actual evaluation process of the apps envisaged by the mHealth assessment guidelines, the draft builds further on the three-stages approach provided within the first draft, namely (i) initial validation of the app, (ii) a risk assessment that determines the appropriate level of scrutiny for the app, and (iii) scrutiny of both the technological and the medical aspects of the app.

Within these three stages, nine criteria (also referred to as ‘assessment domains’), which have been identified as relevant to the development process, are to be assessed. These criteria are that the app is: (i) usable and accessible, (ii) desirable to use, (iii) credible, (iv) transparent, (v) reliable, (vi) technically stable, (vii) safe, (viii) effective, and (ix) private and secure. These criteria were identified based on an analysis of existing assessment frameworks relevant for the assessment of mHealth apps.

The intention of the working group is that for each stage, the final guidelines will include a list of questions intended to assist the developer/supplier in their evaluation process.

The questions for the (i) initial validation and (ii) scrutiny stage were already quite developed in the first draft and are set out in Section 8.3 of the second draft:

A notable new addition to the second draft is the inclusion of requirements for so-called app certifiers, either public or private bodies, who could carry out third party certification in relation to compliance with these guidelines.

What are the next steps?

Currently, the second draft of the mHealth assessment guidelines is open for input and comments from all interested parties, with the deadline for responding being 31 August 2016.

The aim is to produce the third iteration in mid-October 2016, while the final iteration is set for the end of December, with feedback to be included in the final report, set to be published on 25 January 2017.

The possibility to comment on these iterations of the draft mHealth assessment guidelines is an opportunity not to be missed as it is clear that these guidelines, albeit voluntary, will have a huge impact on the mHealth industry and the future development of mHealth apps in Europe.

This article was first published in eHealth Law & Policy (September 2016 07).