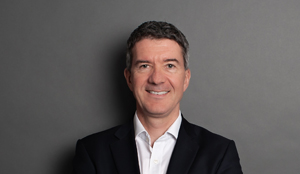 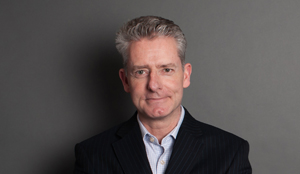 The UK exited the EU on 31st January 2020. The transition period in the Withdrawal Agreement ended on 31st December 2020. EU Treaties, EU free movement rights and the general principles of EU law now no longer apply in relation to the UK. EU regulations only continue to apply in UK domestic law (by virtue of the European Union (Withdrawal) Act 2018) to the extent that they are not modified or revoked by regulations under that Act.

The EU and the UK have agreed the terms of a detailed post-Brexit Trade and Cooperation Agreement which has been given effect from 1st January 2021.

This article sets out the implications of Brexit on UK corporate law, now that the transition period has ended. There are specific actions required by 31st March 2021 for EEA companies with branches in the UK.

UK companies are no longer able to take advantage of the process for effecting the merger of European companies pursuant to the Cross-Border Mergers Directive and the associated implementing UK Regulations. These regulations allowed mergers of EEA companies, provided that the merger included at least one UK company and at least one company from another EEA member state and were typically used in reorganisations of corporate groups. With a cross-border merger, the transferor company is dissolved without going into liquidation and all of its assets, liabilities and contracts are transferred to the transferee company by operation of law. Corporate reorganisations of this nature involving UK companies now need to be undertaken without a merger, through share or asset transfers (or a court-approved reconstruction using section 110 of the Insolvency Act 1986) and without some of the efficiencies provided by the cross-border merger regime.

It is difficult to assess the impact of Brexit on current levels of corporate transactional activity, given the additional impact of the COVID-19 pandemic. Our experience has been that activity levels remained steady through 2020, with a marked increase in deals in Q4 of 2020. Data provider Dealroom has reported a record £11.2bn of venture capital investment in UK technology companies in 2020.

Since the result of the Brexit referendum was announced in 2016, the value of Sterling has fallen against a number of other major currencies offering better value to international buyers of UK businesses.

Overseas businesses often established operations in the UK as a stepping stone to trading with EEA countries. Government analysis in 2013 found that half of all European headquarters of non-EU firms were in the UK.

The previous uncertainty over the UK’s future trading relationship with the EU has already affected the choice by some businesses to establish operations in the UK. It was also a factor in the relocation of the European headquarters of some non-EU firms to EU member states.

Where international businesses have established companies in the UK, those companies are now treated by the EU as "third country companies". As a result, their legal personality may no longer be recognised automatically by member states under the freedom of establishment rules in the Treaty on the Functioning of the European Union. UK incorporated companies may still be recognised in accordance with each member state's national law, but this will need to be considered on a state by state basis.

Certain EU jurisdictions (including Germany, Austria, Belgium, Luxembourg, Portugal, Romania, Slovenia, Spain, France and Poland) apply a 'real seat' approach which means that national law is applied to third country companies where the activities of those companies are effectively directed from that EU jurisdiction. This can include where the board of directors meet or where the effective management is located.

UK companies with operations directed from those jurisdictions may not be recognised under local law, potentially affecting their separate legal personality and the limited liability of their shareholders. International groups which may be affected should consider taking legal advice in these jurisdictions in order to understand any impact on their UK companies.

For EEA companies with registered UK establishments (branches), additional information must be supplied to Companies House by the end of March 2021 and exemptions, particularly in relation to the filing of their accounts, will no longer be available. These companies also need to include additional trading disclosures in their business correspondence and on their websites. EEA companies that act as corporate directors of UK companies also need to file additional information with Companies House.

Implications for UK businesses with operations in the EEA

The UK Government has also highlighted the risk that in certain EEA member states, UK citizens may face restrictions on their ability to own, manage or act as a director of a company incorporated in that state. These restrictions and changes will depend on the sector and state in which the business is operating.
UK citizens, companies and groups that may be affected by these changes should take local law advice in relevant EEA states to confirm the impact on their operations and speak to their accountants about changes to their financial reporting obligations.

UK companies which report under EU International Accounting Standards now need to report under the UK equivalent. UK companies with EEA parent companies may no longer have exemptions from filing individual and group accounts or may be required to include additional information in those accounts and EEA subsidiaries of UK companies may also lose applicable accounting exemptions. Companies should discuss these changes with their accountants and be ready to comply with any new reporting obligations.

The company law form of a European Company (Societas Europaea) is now no longer be available in the UK.

In the longer term, Brexit is likely to lead to less regulation of UK companies. However, this was not one of the priority areas in the UK’s pre-referendum negotiations with the EU and we would not expect changes in this area to be significant or a high priority.

The majority of English company law is not derived from EU law. The Companies Act 2006 is the core legislation affecting the incorporation and operation of UK companies. Some parts of the Companies Act 2006 have been derived from EU Directives. These include provisions relating to accounts, disclosure of information and shareholder rights. The most significant provisions apply to UK companies with shares listed on a regulated market such as the Main Market of the London Stock Exchange. We would expect these provisions to be reviewed by the Government in the coming months and years, but would not expect significant changes in this area.

The UK’s equity capital markets were previously, in part, governed by EU Directives and Regulations, implemented or having direct effect in the UK, including in relation to the requirements to prepare a prospectus, obligations of disclosure and transparency and provisions to prevent market abuse. The European Union (Withdrawal) Act 2018 has converted any directly applicable EU laws into UK law. The UK has already started to diverge from these EU laws by making various minor changes to the EU market abuse regime.

Historically, these EU Directives and Regulations have provided a uniform legal framework for the operation of EU capital markets. We do not expect significant changes to these provisions to be a high priority. We also expect that the Financial Conduct Authority and the London Stock Exchange will want to see obligations of this type remain in force and to maintain symmetry with EU laws in this area.

Please contact us if you would like to discuss the corporate implications of Brexit for your business.