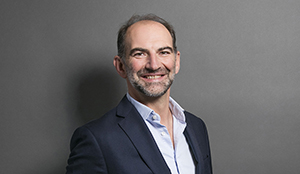 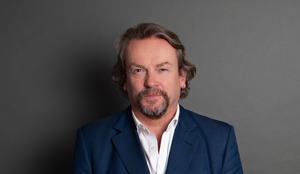 The global aviation industry is said to contribute currently 1.5% to 2.5% of the planet's overall CO2 emissions, and to be one of the fastest growing sources of such emissions.

Recognising this as an issue, manufacturers and many airlines have worked hard to limit their carbon footprint. For instance, advances in technology have typically seen new generation aircraft become around 15% more efficient than the aircraft they replace. Increased use of sustainable alternative fuels has also assisted to limit further growth in emissions.

However, governmental and environmental bodies have demanded that more be done at a global level.

Hence, on 6 October 2016, the 191 member states of the International Civil Aviation Organisation ("ICAO") adopted a global market-based measure in the form of the Carbon Offsetting and Reduction Scheme for International Aviation ("CORSIA"), a landmark scheme intended to offset the growth in aviation emissions.

The CORSIA is intended to offset any annual increases in CO2 emissions from international civil aviation above 2020 levels. As such, the CORSIA will only apply to emissions growth and not existing emission levels.

The offsetting scheme works on a three-year compliance cycle providing that where an operator (in a state that is party to it) exceeds 2020 levels, that operator will be required to buy credits from other industries and projects that limit greenhouse gas emissions.

The CORSIA will only apply to routes between states that are party to the scheme; that is, if one state has agreed to participate in the CORSIA but another has not, flights between those two states will not be subject to it. In addition, there will be exemptions for certain states.

The CORSIA will be implemented in the following phases:

So far, 65 states (including Australia, Canada, China, Indonesia, Japan, Mexico, Qatar, Singapore, Thailand, the UAE, the USA and the 28 EU member states) have indicated that they will volunteer for the pilot and first phases of the CORSIA. However, Russia and India have stated that they will not.

It is estimated that 80% of aviation emissions above 2020 levels will be off-set as a result of the CORSIA between 2021 and 2035. It is further estimated that the cost of implementing the CORSIA will be approximately 2% of the aviation industry's annual revenues.

As a result of the CORSIA and various other measures, ICAO aims to deliver carbon neutral growth from the aviation sector from 2020 and deliver a 50% reduction (relative to 2005 levels) in CO2 emissions by 2050.

The president of the ICAO Council has hailed the adoption of the CORSIA as aviation's "Paris moment", a reference to the historic climate-change accord struck in Paris in December 2015.

Although certain environmental groups claim that the CORSIA does not go far enough, the European Commission has noted that the agreement foresees a review every three years and contains a provision which will ensure, "[W]e are regularly given the chance to improve the Global Market-Based Measure and make it more robust and ambitious, in line with the Paris Agreement".

A further issue relates to ICAO's aim of avoiding "a patchwork of state and regional market-based measures" as there remains some uncertainty on how the CORSIA may affect the status of the EU Emissions Trading System and new planned schemes such as China's domestic emissions trading scheme which is due to become effective next year.

In the next two years, ICAO has indicated that it will lay out the technical rules for the CORSIA, to allow the scheme to become fully operational in 2021.

Airlines to which the CORSIA will apply will need to begin the process of implementing monitoring, reporting and compliance programmes and also strategies for purchasing Emissions Units.