MediaWrites Panel & Party, 28 September 2021 - The Future of Media, Entertainment & Sport: Keeping Up with the Tech Disrupters 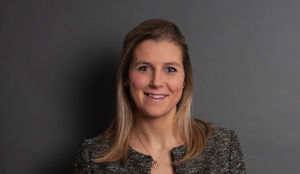 Our MediaWrites Editorial Team and Bird & Bird's Media, Entertainment & Sport Group are running our annual party on Tuesday 28 September 2021 at Omeara, London Bridge. We'd be delighted if you could join us.

We have handpicked a guest panel of experts from organisations such as Fnatic, The BBC, The Football Association and Taso Advisory who regularly tackle issues surrounding the colliding worlds of traditional media and sport, and disruptive technology.

In true MediaWrites style this event will be a fun and informal evening with food, drinks, music and more.

Our panel will address:

Adam Barker is Channel Executive for BBC TWO and FOUR involved in the commissioning, planning and compliance for both channels across all genres. Adam has worked at the BBC for 10 years across channels and arts and music commissioning. Prior to that he was a Commissioning Editor at Channel Four and a respected independent producer and founding partner of Blast! Films. He has been a member of the Edinburgh International Television Festival Board and PACT Council.

Andrew Cooke is a leading entertainment lawyer, specialising in music, sport and esports. He has supported in delivering live events to more than 8 million people, from sponsorship activations through to global football tournaments (and even Papal visits).

During his eight years as General Counsel and Head of Strategy for Flash Entertainment in Abu Dhabi, he and his team received awards (including ‘department of the year’ and ‘general counsel of the year’) from Legal500, Legal Week and the Asia-mena In-House Community. He now heads the legal function at Fnatic, the leading team in esports and a pioneer in the pro gaming space, where his team have just been nominated for the 2021 Law Society Awards.

Andrew is passionate about learning and development for lawyers, and the critical role which employee engagement plays in managing risk. Fnatic recently became a Law Society authorised training provider, and is currently partnering with Bird & Bird on a trainee exchange program.

Esmond Blake is Head of Strategy and Planning at The FA and is responsible for strategic initiatives across FA properties.

Prior to joining The FA, Esmond worked at BT Sport and previously EY where he advised clients within the media and tech sectors in Europe and North America. Esmond also sits on the advisory board of global social justice charity “Facing History and Ourselves”.

Conrad Withey is the Co-founder and CEO of Instrumental. Instrumental uses data science to discover, profile and track the performance of emerging independent music stars and then facilitates commercial partnerships between that talent and consumer brands, music businesses, film/TV producers and other media companies.

Georgie Twigg is an associate in the Bird & Bird Sports Group, and an active member of our MediaWrites editorial team. Georgie advises on sports-related commercial issues and has acted for governing bodies, event organisers, clubs and commercial sponsors across a range of sports including football, rugby union, motorsport and athletics and more. She has also been involved in the drafting of sporting rules and regulations as well as advising on a number of advertising and promotional marketing matters for sports clients and brands. Georgie has also undertaken a secondment at a sports governing body. Prior to joining Bird & Bird Georgie was a professional hockey player winning a bronze medal with the GB women's hockey team at the London 2012 Olympic Games and a gold medal at the Rio 2016 Olympic Games, she is also a member of the British Olympic Association's Athletes' Commission and the European Hockey's Athletes' Commission. As a former athlete, she has a real insight into the sports industry and the issues faced by governing bodies, athletes and clubs.