Implementation of the Trade Secret Directive – some comments from Finland 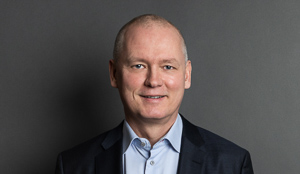 Over three years have passed since the EU Trade Secret Directive ("TSD") was ratified, and all Member States should by now have implemented the TSD into National Law. Many countries were delayed beyond the two years’ time limit, but now (almost) all Member States are compliant. Hence this seems like a good time to take stock of the implementation impact in a selection of Member States.

This first article focuses on Finland, and during the coming months lawyers in Bird & Bird's International Trade Secrets Group will provide some insight on the position in other European countries.

These articles will not provide a comprehensive analysis of the implementation position, and related changes to National law, but will rather aim to shed light on particular peculiarities, points to note and practical implementation outcomes.

Furthermore, and in order to provide some balance to the position in the EU, we also plan to publish articles highlighting points to note in relation to trade secrets protection in other countries around the world, in particular, Australia, China and Singapore. Taken together, we hope that this series will enlighten readers.

Where have we got to in Finland?

In Finland the protection of trade secrets has been very criminal law focused over the course of the last few decades. This means that a trade secret holder already had, before the TSD implementation, effective ways to protect its rights if there had been any misappropriation of trade secrets. On the other hand this meant that the civil remedies were not so developed and the TSD implementation process provided an excellent opportunity to draft Finland’s first Trade Secret Law ("TSL").

The new TSL came into force on 15th August 2018 and it is the first coherent set of civil regulations relating to trade secrets in Finland. In addition to including the regulations set out in the TSD, it contains many articles, which complement the general regulations in the TSD. For example, the TSD does not set any explicit confidentiality obligation on those who are in a certain relationship with or in a certain position of a company or other entity. It only states that the use or disclosure of a trade secret shall be considered unlawful, if the person has either acquired the trade secret unlawfully or he/she is in breach of a contractual or any other duty not to disclose or use the trade secret. In other words, there is a confidentiality obligation according to the TSD only when there is a confidentiality agreement or clause or some other duty (such as law) not to use or disclose the trade secret. As the TSD is (mostly) a minimum directive, each Member State have the right to set higher standards than those set in the TSD, for example to set express confidentiality obligations, which are missing from the TSD.

Another peculiarity is that the concept of infringing goods, as defined in the TSD has been changed to infringing products in the TSL. This means that in Finland this concept certainly also covers services and in particular software (whilst the TSD is somewhat unclear as to whether services are also covered). Accordingly, all the remedies related to infringing goods may be directed also to services and to other products, which are not typical goods (such as software).

Finally, a noteworthy procedural point is that trade secret civil matters may be handled in two different courts in Finland, namely in a general district court and if the defendant is an entity (as opposed to an individual), also alternatively in an IP specialized Market Court. As the application of the TSL is very wide, the previous approach that only the Market Court handles civil matters regarding trade secrets was no longer suitable. This means that cases concerning both civil and criminal trade secret misappropriations may be handled in the same (general) court and even in the same proceedings.